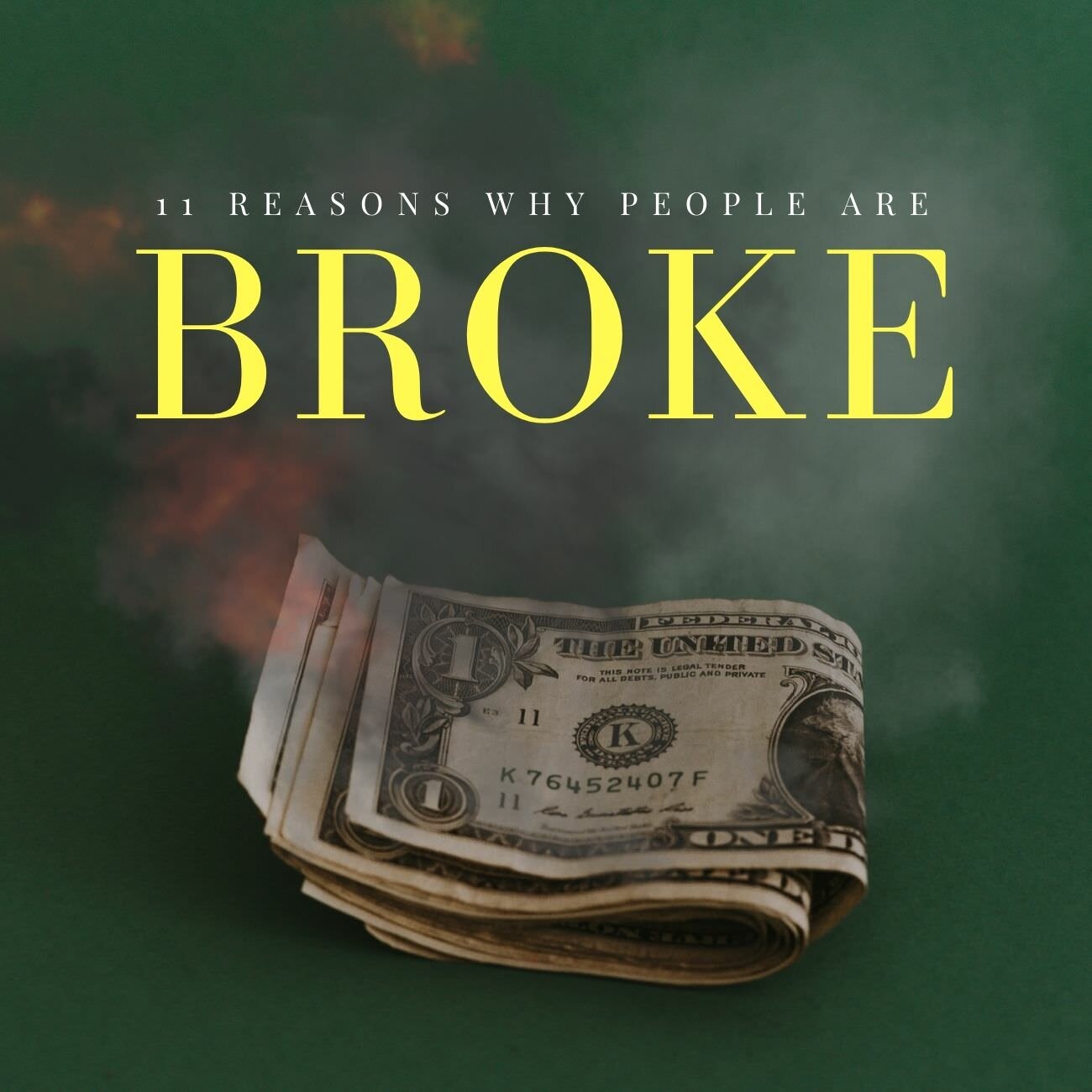 As someone in the financial service business I have seen a lot of people go broke or stay broke. They all have some common elements.

There are other reasons why people are broke. Some are beyond control such as illness, divorce, disability, circumstances etc. Some are well within control like just plain laziness. In most cases, especially in the US, being broke is a choice.