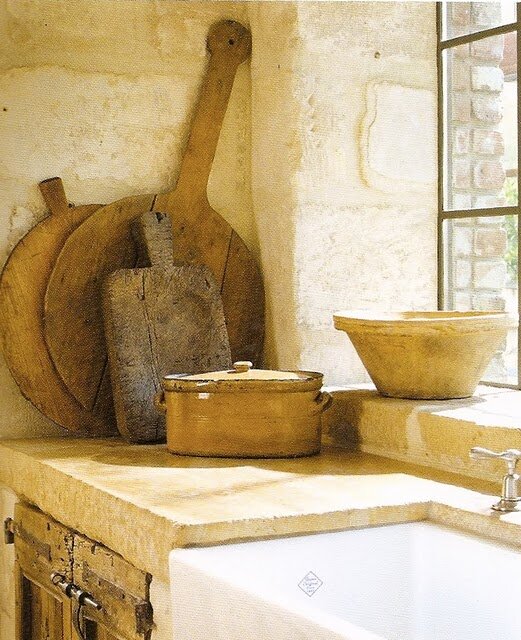 In the late 15th century, the French invasion of Italy brought the French into a new direction to the country artistically. “French Renaissance” is a recent term used to describe the movement that happened in France from the late 15th century to the early 17th century. With Italy being in the middle of the Mediterranean Sea, it became the center of commerce and communication. Italy also became the home to many wealthy families who birthed a greater interest in culture that inspired the revival of Classicism.

In France, the Renaissance roughly started with the French invasion of Italy in 1494 during the reign of Charles VIII and extended to the death of Henry IV in 1610.

The Black Death of the 14th century and the Edward III’s claim to throne of France in 1338 and the Hundred Years’ War kept France weak, politically and economically until the late 15th century.

Francis I of France from 1515 to 1547 and his son Henry II from 1547 to 1559 are generally considered the pivotal point of the French Renaissance.

After Henry II’s death, France was ruled by his widow Catherine de’ Medici and her sons Francis II, Charles IX and Henry III, and although the Renaissance continued to flourish, the French Wars over religious doctrine crippled the country.

During this time, the exploration of the “New World” by Giovanni da Verrazzano and Jacques Cartier sparked an interest in new techniques and art forms in architecture, painting, sculpture, music print, and the sciences which were borrowed from other countries.

While Classical revival (an interest in ancient Greece and Rome) took place in Italian Renaissance architecture, Britain took a different approach and retained the previous features of the Gothic styles. Elizabethian styles held their styles through out this time in history.

The French Room goes further into detail on these subjects. Interior designer and best-selling author Betty Lou Phillips explains how to achieve French decorating and the principles behind designing a home based around the classic concepts found in France. The French Room is it is jammed packed with more than 200 impressive photographs of homes that have both a French and Italian influence.

The book is divided up into 6 sections of decorating:

Stone, faux painted walls, natural raw wood furniture, and painted cabinetry are all topics discussed and showcased in this book.

Page 34 features a dramatic cast iron free standing tub set against carrara marble tile walls and floors in a minimal design. She accents this room with a neoclassical side table, but also could be traded out with something more rustic. Soft cream cabinetry balance the silver and grays in this room.

Venturing on to page 38 and 39 features some of the best architectural photos of the book. She showcases a vine cellar with custom cabinetry that extends to the ceiling which is filled with vintage wine that also doubles as display. The room draws inspiration form King Louis XIV featuring an antique trestle table surrounded by nail head embossed antique leather (French or English) leather nail head chairs. Vintage wine drums sit on a low sideboard, while reclaimed brick adds a feeling of old world feeling to this room.

Exquisite fashioned railing and wrap around balconies and staircases adds to the Italian feeling of a home. Unassuming fireplaces of stone and brick worn over the years and wood floors laid in herringbone, chevron or parquet really are show stoppers all on their own. Rooms with high ceilings exposed wood beams that govern the ceiling and heavy wood doors with original fittings collectively work together in gathering that 15th century feeling in a home.

Rich mahogany paneling wraps a study with bookcases and finished beamed ceilings on page 53,106, and 201 which give off a sense of Gothic presentation in a home.

Page 89 -93 features an extra ordinary marble topped rustic natural wood cabinet doubling as a kitchen island which once was used to hold architectural drawings in its former glory. The stunning wood floor features a rustic design with wood pieced together forming a classic french pattern which steals the show.

The high light of the book is the marvelous array of faux painting, both on the furniture and the walls. Glazing lends an old world atmosphere to ordinary white walls and mimics the original texture of hand painted walls during this time. Textured hand plastered walls often reflecting light differently from solid paint. White walls layered with glaze can give the appearance of parchment. While plaster mixed with water trowled over walls and ceilings can be a tremendous help in creating the look of the 14 and 15 century interiors. Venetian plaster can be found at your local hardware store to give you this genuine look of stone walls which any person can achieve.

Marmorino plaster is also an advanced wall application that evokes ground marble which is then applied in layers and buffed to a shine. This technique also dates back to the eighteenth century. In the hands of skilled professionals, it can be very rewarding.

Betty Lou Phillips gives some important tips to consider putting together elements in creating that Italian or French look in your home:

-Area rugs are more popular in this design than carpeting that runs wall to wall. It gives a little bit more interest in the floor and allows for the beauty of two elements, natural wood, marble or stone and the comfort of woven natural throw rugs.

– Hand painted furniture can provide a comfort to your home than all woods. Italian and French country desks and commodes are extremely popular.

– Reflective surfaces such as crystal chandeliers and antique guilt edge mirrors and coffee tables can multiply the light and shouldn’t be underestimated when wanting to add more light into a room. Consider Silk taffeta curtains, as they also do a good job of holding the light within a room.

– Velvets can make an impressive statement and provide an elegant look without being overly bold. Weaves such as chenille, corduroy, twill, tweed, and wool cast shadows that absorb light. They can appear warm and welcoming while also appealing to the casual and comfortable side of your home. Stripes, plaids, and checks bring pizzazz into relaxed areas.

-Mellow wood furniture appeal to the warmth of your home. The varied patinas ground a room with light walls while at the same time promotes the perception that a setting has evolved over time. Phillips suggests not to place two wood pieces side by side, as they end up competing against each other. Fabric separates wood finishes and can erase any hint of rivalry. Nail head trim can improve a piece of furniture, detailing the delicate outlines of the frame which draw more attention to the detail and features of a frame.

– Arrangements and decoration should be carefully selected and minimized. Paintings make a stronger statement when positioned together than hung alone spread out through the room. Grouping similar objects makes a stronger statement than alone. Grouping frames in a arranged pattern such as a rectangle or square either horizontal or vertical creates a sense of control and a balanced order in the room.

The French Room By Betty Lou Phillips has over 200 pages of Italian and French designs that will inspire you in your renovations, or redecorating plans.

Phillips does an exceptional job of jamming a lot of high quality photographs out of highly styled homes with impressive finishes for a well rounded polished look. You just cannot go wrong with this book.

Other Books By  Betty Lou Phillips

-Allure of French & Italian Decor, The by Betty Lou Phillips – Buy It New On Amazon from $19