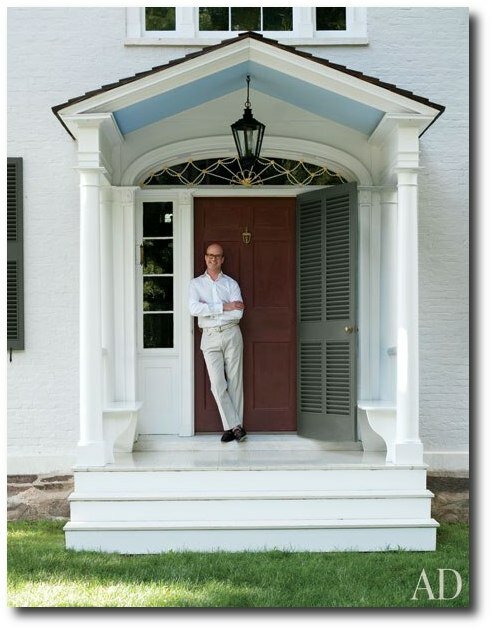 A bust of Thomas Jefferson by Sculpture House Casting surveys the living room. The 19th-century chandelier was found in Denmark, and the Louis XVI fauteuils in the center are upholstered in a brown velvet by Old World Weavers from Stark. Between the windows, a 19th-century bas-relief of George Washington