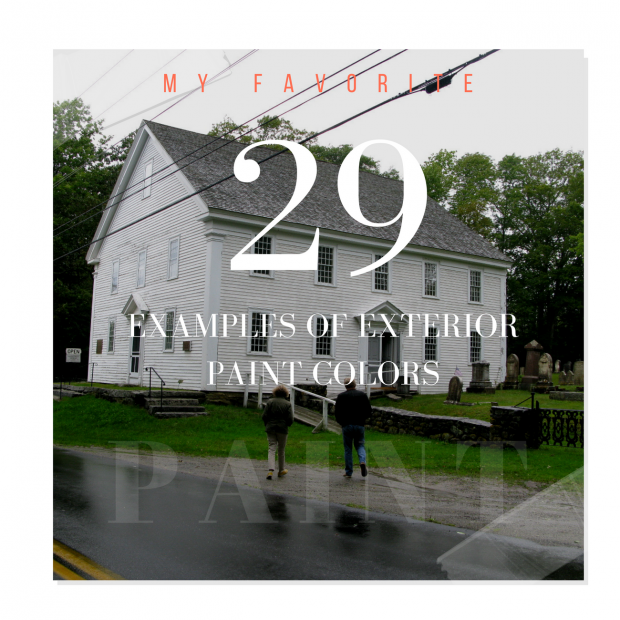 Choosing exterior paint colors isn’t an easy process. Here are a few tips to get you started…….

-Start this process by deciding first if you want a  light, medium or dark color scheme for the main color for the home.

-Consider painting the window sashes, overhead surfaces and any columns a lighter color.  By doing this, the lighter color will cause architectural features of the home to stand out.

-If your house has more of a top heavy look, such as long roofs, or over-sized windows, consider  adding a darker color to the bottom portion of the home.  This technique tends to balance out the upper half.

– If you have stone, brick, or period style architectural features, consider drawing attention to those features.  Choose paints that will go with the color and texture of those architectural assets such as the brick or natural stone colors.

– Try out samples on your house before ordering 5 gallon buckets of paint.  You might change your mind as you see the color in the natural light.

All the color suggestions for the houses below are suggested by Kristy Smith on her board “Exterior Paint Colors”, find more pictures of homes there, along with those found below. 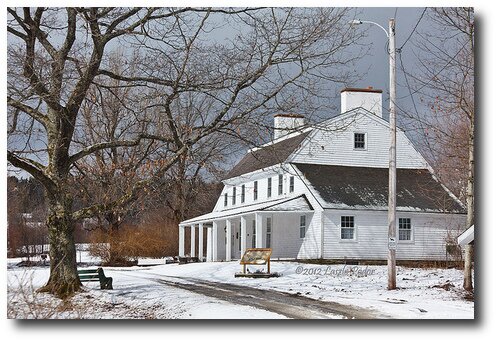 Father Le Loutre’s War began when Edward Cornwallis arrived to establish Halifax in June, 1749. By establishing Halifax the British were violating earlier treaties with the Mi’kmaq (1726), which were signed after Father Rale’s War. The British quickly began to build other settlements in Halifax (1749), Bedford (Fort Sackville) (1749), Dartmouth (1750), Lunenburg (1753) and Lawrencetown (1754).

The history of Bedford began when Governor Edward Cornwallis organized his men and began the construction of a road leading to Minas Basin on the Bay of Fundy after establishing the garrison at Halifax.

To protect it, he hired John Gorham and his Rangers to erect a fort on the shore of Bedford Basin. It was named Fort Sackville after Lionel Sackville, 1st Duke of Dorset. The area around the fort became known as Sackville until the mid-1850s when it became Bedford.

In 1752, among the first to receive a large land grant was military officer George Scott in the Fort Sackville area. George Scott’s brother Joseph, was paymaster at the Halifax Garrison in the 1760s received two grants in 1759 and 1765. He built Scott Manor House in 1770.

Scott Manor House is a two story residential building, with a gambrel roof located in the center of Bedford, NS, on a predominant hill overlooking the town and the Bedford Basin. Built circa 1772, the house is the oldest in Bedford and is a valued landmark. 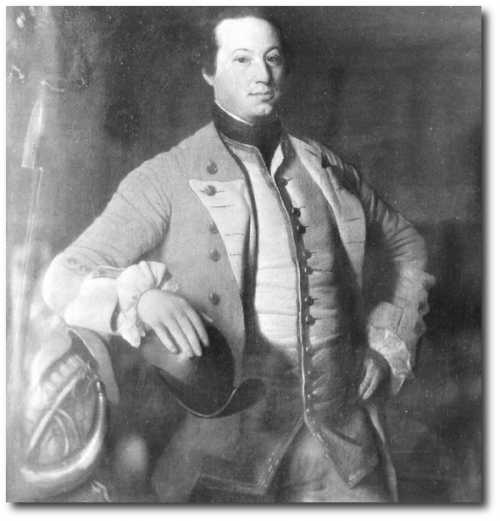 Scott Manor House is valued for its association with its first resident, Joseph Scott, and for its unique architectural design, reminiscent of eighteenth century English country Houses.

The house was built circa 1772 for Joseph Scott. Scott and his wife Mary arrived in Halifax in 1749 with approximately 2500 other settlers lead by Edward Cornwallis, the first governor of Nova Scotia. He quickly established himself as a general merchant and opened a store near the Halifax waterfront. Scott was granted a large tract of land near what is today the community of Sackville, where he established a lumber mill. Scott was given numerous public appointments, including justice of the peace, surveyor of lumber, undoubtedly an important post for one who was interested in the timber trade, and in 1759 was elected to the second House of Assembly as one of the first two members from Kings County. In 1767 his brother George Scott died and left Scott sixteen acres of land in Bedford, which bordered Fort Sackville. It was on that land that he built Scott Manor House. Fort Sackville was a British military outpost that contained a blockhouse, barracks, and protected the Pisiquid Road that ran from the mouth of the nearby Sackville River to Windsor.

The style of Scott Manor House is unique in Nova Scotia. It is a large, full two-story, wood framed residence with a gambrel roof.

At either end of the house are one-and-a-half storey lateral wings with simple roof profiles, which are unique in Nova Scotia and possibly Canada.

Large ‘wishbone’ chimneys, resting on large field stone bases, at either end of the main building add to its unique appearance.

From the outside it appears that there is a window in the middle of each chimney. However there are two chimneys at each end that join together in a rounded arch to emerge through the roof as one. The chimneys contain nine flues, and the kitchen still contains the original fireplace and bake oven. The house has a full field stone cellar. A porch runs the full length of the house.

See more about Scott Manor House at their website scottmanorhouse.ca 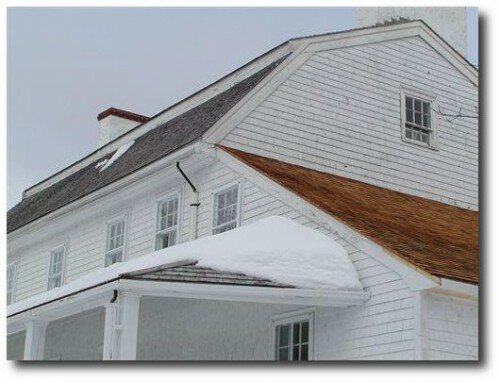 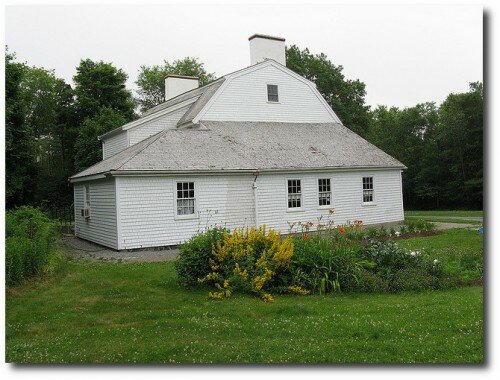 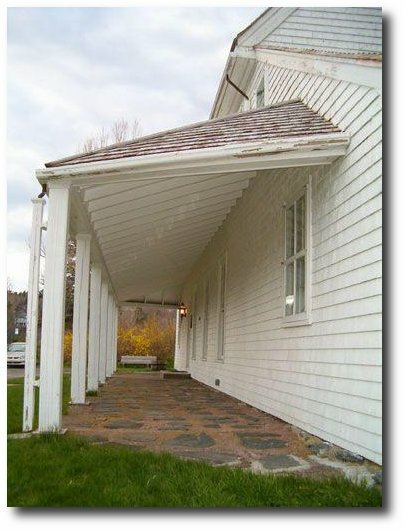 “I designed it as I would want to design a house for myself. It was fun to play out what has really inspired me as an architect—classic, timeless design with a clean aesthetic,” says architect D. Stanley Dixon. “The lot was interesting because it was in an in-town neighborhood full of gorgeous homes that are very eclectic in style. Some are French, some English, some Georgian; there’s just a little bit of everything. Instead of designing to a particular style of the street, I was mostly interested in how it related to the street in scale and proportion.

“While maintaining gracious 12-foot ceiling heights on the main level, we kept the roof line simple and lowered the eves at the second story to keep in scale with the neighborhood. Keeping the form of the house simple but very well-proportioned was key to making it blend. Yet, it has its own personality, character and deﬁning style.”

The strength of this residence lies not only in its simplicity but also in its straightforward approach. “We designed the driveway so it was very axial,” Dixon explains. “As you turn off the street, you’re right on center with the front door. And that axis goes all the way through the house to the swimming pool and the pavilion beyond.”

Playing off that main axis, the layout of the house is symmetrical. “I paid a lot of attention to visual corridors,” says Dixon, “so that when you look down an axis something receives you. That something ranges from a wall for art, a framed view of the gardens beyond or an architectural detail such as a ﬁreplace. There aren’t a lot of rooms; they’re just well-proportioned with an easy ﬂow.”

Interior elements, too, were chosen as if the architect were his own client. “The ﬁnishes of the house consist of painted boards, plaster and limed beams with a restrained amount of trim. This simplicity is often harder to accomplish because you can’t hide behind trim work and molding; the proportion and scale of each room, combined with the quality of light, becomes the focus. We thickened a lot of walls. The front façade of the house was 12 inches thick so the windows and doors sit deep, giving a lot of shadow and depth. We also thickened a lot of the interior walls so, when you’re walking from one room to another, you get a sense of depth and substance.”

“The red finish is the most famous,” said Sahlin, “but the black is the most beautiful. Though it has a brownish cast in full sun, in most lights it appears black. By day, the cabin looks like one of the local barns. It only seems like a dwelling at night when the lights are switched on.”

Derek and Michelle Sanders and their son Vaughn
New York Times featured a spectacular black painted home belonging to Derek and Michelle Sanders.
The home located in Roxbury, N.Y, was old Dutch-style barn which was renovated and today stands to have 8,000-square-foot of space with three levels containing five bedrooms, three bathrooms and an exterior painted black, with white trim and a single red door. 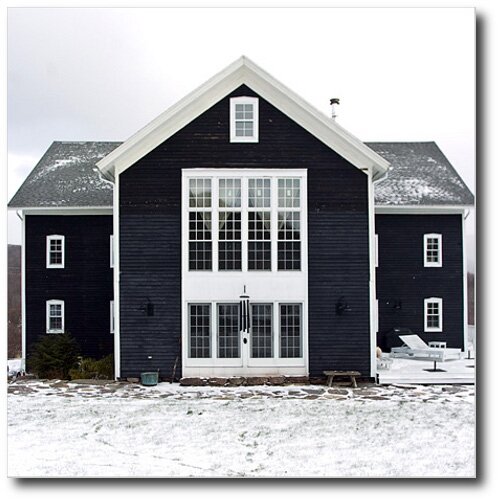