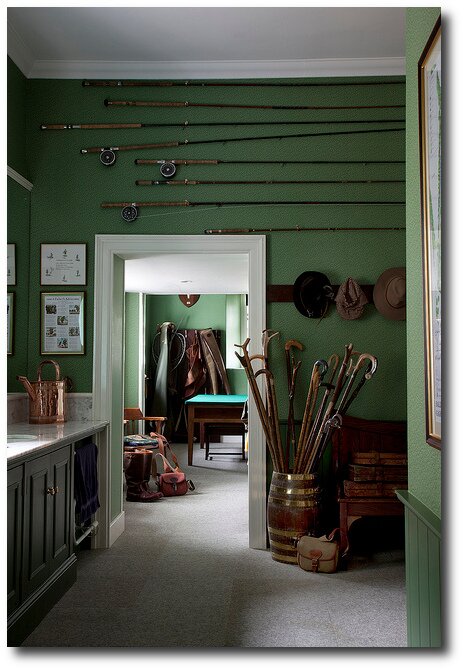 The Scottish Country House is a book I have had my eye on for some time.   I am finding that my taste for decor has changed over the years, and European homes really capture my attention.

What to expect from each chapter…….

Each chapter of this book dives into a single house, the architectural background
and features, the contents of the house.  Within the chapter, you will find Knox goes into detail the furniture and collections that give the house it’s personality.  In addition, Knox also divulges into the history behind inhabitants.

The photography in the book is breathtaking.  James Fennell took the pictures that illustrate the 10 Scottish Country houses profiled in the book.

The Scottish Country House From From The Right Bank.com 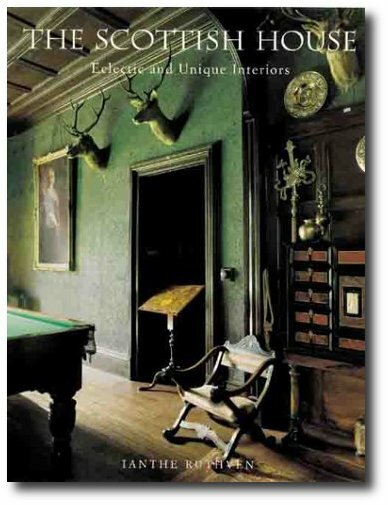 A Review On Amazon

The Knox book shows exteriors and some landscape shots of the featured houses in addition to their interiors; this book, as the subtitle indicates, focuses on the interiors only, though there is at least one image of the exterior.

It covers 27 residences, only a few of which are well known and/or open to the public, at least at time of publication:

Not every house featured is a castle or stately country home – there are also cottages (an Orkney croft house), converted fisherman’s cottages (black-houses on Tiree), a farm house, and urban homes.

The only overlap from Knox’s Scottish Country Houses is Drumlanrig – Knox has more photos of it as he also shows the outside/gardens. There is text with some history about each property, including something about the current owners (some have been in the same family for generations, others were more lately acquired and restored/decorated by that owner). Lots of great photos, but of course they could only show a few rooms per property.

There are no architectural drawings, and not a lot of information about the architecture – given that the focus is on the interior.

A Review On Amazon

Cawdor Castle? Traquair, Hopetoun and Drumlanrig? Yes, Ianthe Ruthven’s book does explore half a dozen of Scotland’s more famous castles and country houses, but mostly it’s devoted to buildings which are strictly off the usual tourist trail.

Some of these take the form of Edinburgh town houses and farmhouses and croft houses in Fife and the Highlands and Islands, but many architectural enthusiasts will doubtless be delighted to discover that most of the 176 pages of ‘The Scottish House’ are in fact devoted to architecturally significant homes to which the general public usually have no, or at best very limited, access.

Foremost amongst these are the gloriously preserved and beautifully-sited manor house of the Earls of Perth at Stobhall, the splendidly Greek-Revival Arthur Lodge in the capital, the astonishing Cairness House in Buchan, where James Payfair’s remarkable neoclassical, neogrecian and Egyptian interiors have recently been restored, and Lethaby’s Arts and Crafts masterpiece at Melsetter in Orkney.

The photographs of all 27 houses discussed are beautiful and enough reason alone to buy this book, though Ms Ruthven’s text also provides interesting snippets of information about each, a little history, a little family history, even, here and there, a little architectural history. In truth, the text is aimed at ‘the general reader’ and for the specialist, be they in architecture or interior design, it is the pictures which will, first and foremost, appeal. All in all, a welcome addition to the already somewhat full bookshelf of titles devoted to the historic homes of Scotland. 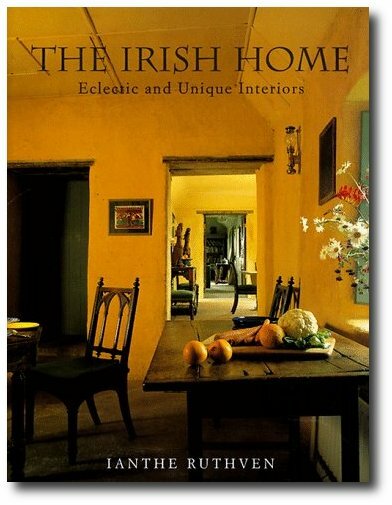 From the Georgian style of the 18th century to the Gothic that followed, The Irish Home shows the best castles, houses grand and modest, country cottages, and fabled ruins.

Visit Lexilip castle, built by the Normans around 1200; the two-room cottage built in Ulster by the ancestors of American financial tycoon Thomas Mellon; and the ghostly crumbling ruins of Woodstock House in County Kilkeny and Mount Shannon in County Limerick.

Each chapter presents a perspective on Ireland’s past, with photographs of architectural details, comfortable interiors, antiques, and landscapes.

“Some of her best compositions here include the Leixlip Castle series; Phillipa Bayliss’s bedroom and bookcase in the Old School; and the two-page spread of Gola Island, a secluded and now largely-deserted isle off the coast of Donegal.”

“I felt the title was a bit mis-leading as I was expecting everyday Irish homes and not grand manor houses. The title would have been better as “Irish Manor Homes” or something like it. The photographs were very satisfying and the text informative.”

“This book provides an illustrated tour of Ireland’s homes. It doesn’t shy away from the colonial past and even foregrounds how the grand country homes of the Anglo-Irish were an example of militant grandeur, the title of the first chapter. On p. 61, there’s an extraordinary traveling shrine hung with 15th and 16th century Russian icons now found in Bantry House.At the end of the book there are cottages and buildings repurposed as houses. The photography is excellent. I’ve given it four stars because there’s not an overall sense of Irish history but rather a series of different houses.” 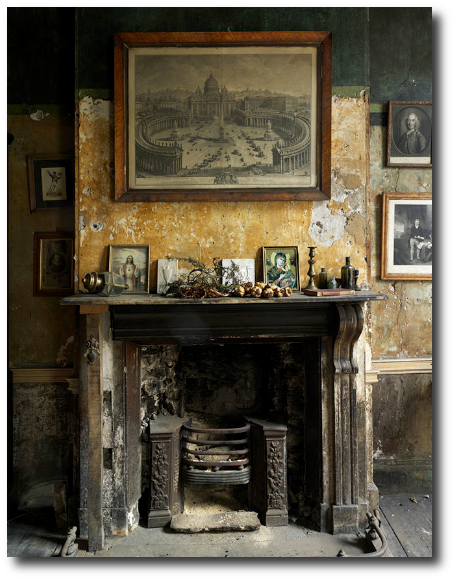 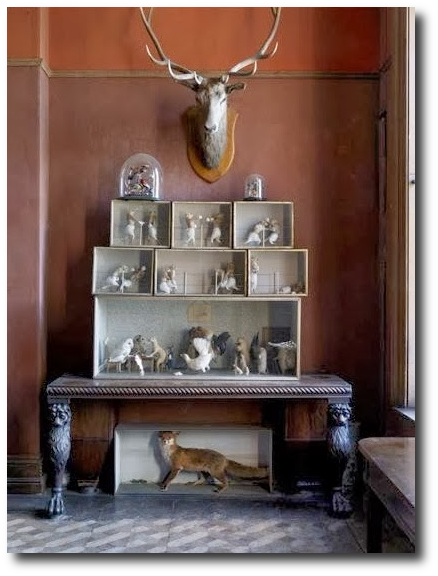 Romantic Irish Homes presents 15 of the finest examples of Irish styled homes, each one of them distinctive and yet sharing the same cultural spirit. From vast ancient castles, to Georgian manors and small farmhouses, these homes offer a unique insight into Irish living.  Photographed by Simon Brown, Romantic Irish Homes is a glimpse into how the Irish style, and people themselves.

View Pictures Of this book 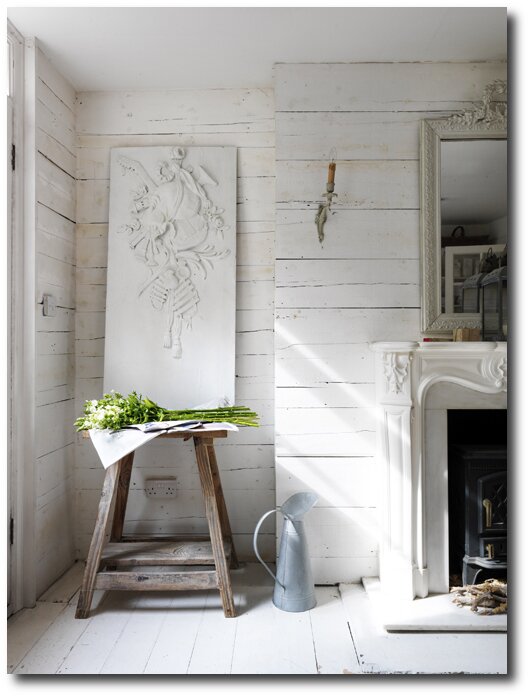 I’m delighted to feature an interview with Christina Strutt, co-founder of Cabbages & Roses, plus share with you some beautiful images from her new book, ‘Living Life Beautifully’.  Its publication coincides with the opening of her new flagship store in London.

You’ve recently written your eighth book  ‘Living Life Beautifully’.  Could you tell us about your new book?

The book is about how creative people’s work and home life are intertwined. And about how important it is to work in an environment that feeds creativity. All the people included in the book work, to a certain extent, from their homes. So naturally their homes inspire and cross over into their work.

We’re working on a number of exciting projects and collaborations this year, but I can’t say any more than that at the moment!

Read More of this interview and a look behind Christina Strutt’s new book at Flowerona.com