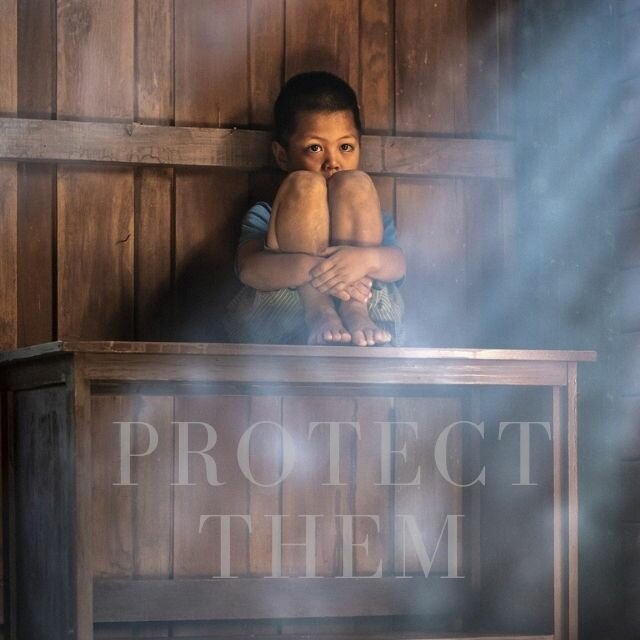 It started as a conversation about “how cute her daughter is.” Seconds later, she saw what they were really up to…

In a viral Facebook post by Amanda Cropsey Florczykowski, one concerned mom is aiming to raise awareness about the dangers of sex trafficking that could be lurking in your own neighborhood. The near abduction that she experienced with her toddler in a local store exemplifies how these scams are often happening in the most unsuspecting places.

My name is Amanda and I’m a Longview, Texas resident. I’m convinced that our two-year-old daughter was the victim of a potential sex-trafficking scam yesterday.

I got in the check-out line at a local store early afternoon. I took my daughter out of the cart and the couple ahead struck up the typical conversation about how “cute your daughter is” and then asked about her age, repeatedly. I initially was understanding of what I assumed was a cultural barrier, but I quickly became uncomfortable with the woman’s body language and close proximity to my cart/kids. I picked my daughter up only to have the woman ask if she could hold her. The woman was so close at this point that my toddler reached her arms around the woman before I could really respond. In an instant her proximity finally changed and she backed away. I grabbed back on to my daughter as the woman was saying, “Say bye to mommy”—what an unusual comment to provoke a child to say. The woman resisted returning her when I physically pulled my daughter from her arms.

Know their conversation began immediately with me and this all took place over only a few moments. After this couple left, I was really shaken up but still noticed the man a few feet away in my peripheral vision, continuing to stand, by himself, with no groceries, in a closed check-out lane. He faced the opposite direction, but was looking over his shoulder at me; glaring would be an understatement. His eyes did not leave my every move and I confidently matched his stare to show I was aware of his presence. I loudly conversed with the cashier about their security staff and the odd couple that seemed predatory.

I’m thankful to Jesus that He alone protected us! I was able to get out and home safely with my family.

I’ve since researched sex-trafficking and some details were precisely my experience. I want to recount those specifics to create awareness in hopes that you can protect your own children.

—Abductors often work in groups and position themselves throughout the store. Although it wouldn’t appear that these three individuals were shopping together, I am certain this man and couple were a team.

—This couple were of East Indian descent and the man was white and covered in tattoos—all were mid 30s. Beware no matter the color, appearance, age or sex.

—The couple checked out with two items of little value. Something they could easily abandon.

—The woman had alarming proximity to me at times and twice put her hand on my basket. She created one route for me to place my groceries, thus leaving my attention divided between my kids and my task. (I did not place anything on the belt until they left…FYI.)

—I20 is a prominent sex-trafficking route; Longview included.

In fact, the U.S. Department of Justice used the following cities to study sex-trafficking data. Notice the first three.

—Houston is a popular port where these children are sold overseas.

—Abductors often follow you to your car and snatch the willing child they bonded with moments before; all while you put in groceries.

—The cashier remarked that she thought I knew these strangers. Their body language conveyed that to onlookers, which would make an exit convenient.

—I’ve heard this is happening at Target, Walmart and Kmart; often in the mornings/before lunch. Completely true of my experience, but it could happen anywhere.

—Moms shopping alone with kids are targeted. Also true of my experience.

—Although rumor says blonde, fair girls/teens are targets, I’ve yet to find that in my research & my daughter doesn’t fit that description.

—Additionally, little girls AND boys of any age are targets.

The thought of what could have happened is sickening. I’m just like you; a mom, and I hope my experience helps you to be, not fearful, but cautious!

(LPD have been contacted with this report.)