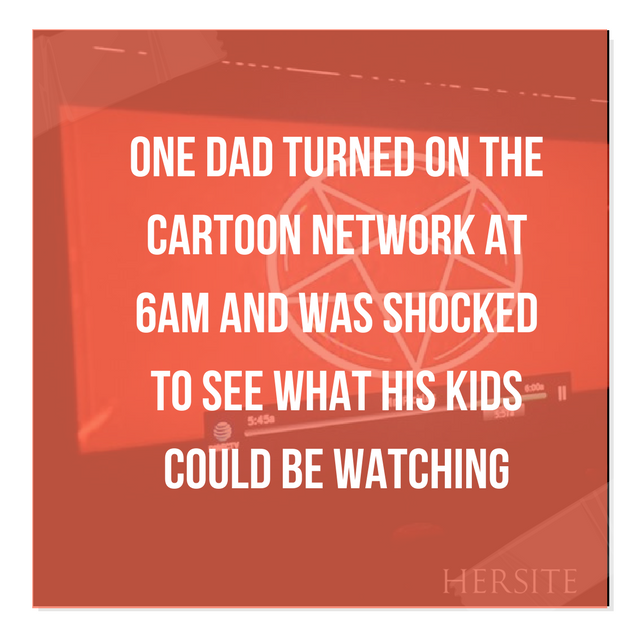 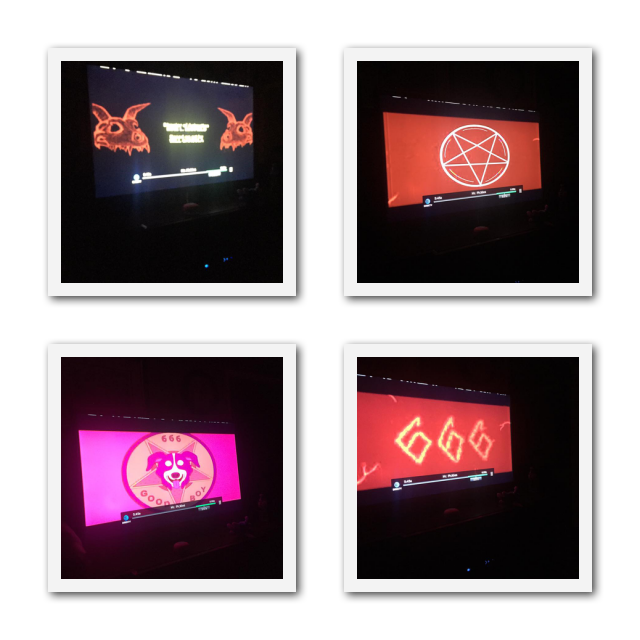 “The TV was left on the Cartoon Network from yesterday. This morning I turn it on and in my brief 2 minutes this is what was on. This is on at 6 AM which is a normal time for kids to be up. The video I have is very dirty and i’m astounded this could even be allowed on TV. I have no idea what the name of the show is. The photos are from the credits.”

James Paine I’m not trying to take away your rights to be an adult but when I turned the TV on at 6 AM the video shows what I saw. You can see the clock in the background. Where is the limit at? When do we say enough is enough? Is this something you want your kids to see when they’re getting ready for school?

James Paine‘s post on May 1st already has over 25,000 shares on facebook from concerned parents who are outraged!  Included in the post was a video he took of the television which shows very lewd content that children shouldn’t be exposed to.

One lady sheds light on this network:

Victoria Lyn Latta That’s Adult Swim. It comes on after Cartoon Network super late at night. I guess they aren’t switching back over to Cartoon Network as early as they used to.

Adult Swim is a programming block of the American cable network Cartoon Network that operates at night from 8:00 p.m. to 6:00 a.m., Eastern and Pacific Time. Its name comes from a phrase used by public swimming pools in the United States to label designated times when children are restricted from using the facilities in favor of adults.

When Adult Swim first aired, it was established as alternative programming during night hours for adults who have a taste for cartoons. Much of Adult Swim’s general content is known for its risqué, unorthodox and often bizarre presentation.

Yet you have to ask yourself, – most kids are not in bed by 8pm, (which is when it starts airing) and a large majority of the children today are up at 5 am to get to school which means many children are catching this content.

Another concerning question is why is adult content on a children’s channel?

As a Christian, why are Satanic images of pentagrams being showcased on a children’s network?

I personally have witnessed very questionable content with my own eyes on another children’s channel, and after viewing it, I decided to turn to Youtube where I could pick out my daughters cartoons.   There was absolutely no way I could possibly leave my child in front of any children’s network allowing her mind to suck up the filthy suggestive images that are showing today.

The majority of the cartoons marketed to older children on many of the channels are  inappropriate that as a parent I suggest gravitating to educational programs that you can buy or collect older cartoons found on youtube where the morals were still intact 20 or more years ago.

The late Choo Thomas was told by the Lord that children were being influenced by demonic cartoons on television.  She was also told that at a certain age of accountability these children were being sent to hell.  You might be thinking – children in hell?  No way!  As frightening as that is, these screenshots do show that these things are happening and there is an age where a child willfully understands evil and either chooses it, or walks away from it.

Make no mistake!  These networks have an agenda….and its to move your children towards a certain direction.  Its certainly not towards Christ and His principles.  There are many children who get up before their parents and simply flip on the tv and watch cartoons early in the morning.  This happens in many American households.  Mr Pickles – the satanic dog cartoon just so happens to be on when many children wake up.  Its not by accident, but rather to influence your children in one direction.

Be Aware!  Here are 20+ Cartoons Marketed Towards Adult Humor:

Shelby Wayne Brown Moeller Adult swim in general has gotten very satanic. To be honest this isn’t the only show on adult swim that’s bad like this. It’s really horrible. And most kids/adults that go to sleep to tv at night this is influencing their dreams and programing their thoughts while they sleep. #wakeupamerica #wakeupchurch

Robin Bergland This is horrible and not to be excepted… It is very important that parents always monitor what our kids watch and what music they listen to and what they do on the internet. Let the network know this will not be welcomed.

Chelsea Actkinson Yep it’s sad!!! And they wonder why younger kids are getting involved in certain activities at such a young age

Lacey Griffith-Cowart Oh wow this should definitely not be on a children’s channel at all or any other channel at that. This is just unbelievable are world is slowly being tooken iver by evil but at a faster pace

Kathy Fuselier If so many people are for this crap it needs it own separate channel. Why have it on a “cartoon channel”? Its because they don’t care if our children see it. Or say we labeled it adult swim you should have watched your children. We can only watch what kids are doing so much it takes all of us to not let things like this happen. 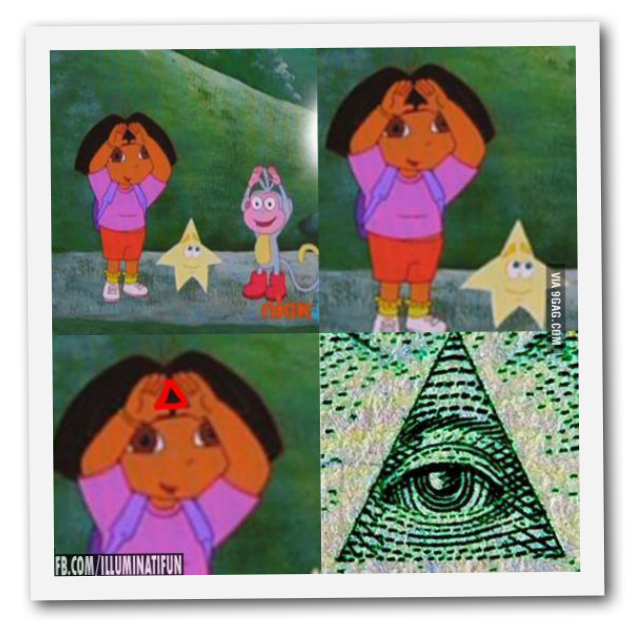 Yvonne R Blanquet-Chacon, It’s pretty shocking to see the useless stuff they are teaching our babies and young children in cartoons and video games and in public “schools” — please be aware parents out there —

“With such perverted values so dominant, the answer is for every True Christian to keep that television set off. Don’t allow your children anywhere near vulgar networks like Nickelodeon, Boom and the Cartoon Channel. Put your children’s noses in the KJV Bible, where they belong”

Hollywood’s attempt to plunge this entire nation straight into the gutter hit a crescendo in recent years when the entertainment industry began using subliminal messages in movies and television shows covertly disguised as children’s entertainment to convey its depraved message. Godly Jerry Falwell was the first to discover this scheme when he reported that Teletubbies’, Tinky Winky, with his purple color, pink triangle hat and purse was the creation of radical homosexual activists who seek to convert our children to lives of sin

The same was proved conclusively about Sesame Street’s Bert and Ernie. Landover exposed the homo-loving Disney company’s efforts to promote sexual promiscuity with the release of the pornographic flick, Dinosaur. But whereas these productions conveyed their Satanic messages secretly, there is nothing subtle at all about the latest program to attack True Christian® values. Nickelodeon’s Rugrats, made to look like a children’s cartoon to divert the attention of mainstream society, is nothing more than an obscene skin flick created to satisfy the most vulgar and depraved cravings of society’s most deviant sex addicts.

Everything about this show appeals to the most prurient of interests. The surname of most of the show’s characters is “Pickles,” which is a euphemism for the male genitalia (along with “Sprout,” the nickname given to the main character by his grandfather). This is probably the least vulgar innuendo of the show. The main character is a baby named Tommy, who is seen in every episode wearing a diaper with no pants. The diaper always appears full, extending far from the baby’s rear, undoubtedly delighting pedophiles with scatological fantasies. Tommy’s little brother is named “Dil Pickles” to drive home the attraction to the male anatomy. Worse yet, Dil’s only activity is to suck on everything he finds, including his own foot. (No fetish is left unsatisfied.)

Tommy’s best friend is a sissified nerd named Chuckie, whom other children describe as a “fraidy-cat,” terrified of everything, particularly clowns. His bright red hair and square glasses only add to the pantywaist image, indisputably designed to promote and glorify the homosexual lifestyle. Susie, another friend, is the show’s effort to appeal to certain viewers’ chocolate fantasies. The fact that she is missing teeth serves only to convey her sexual role.

Not surprisingly, the show goes to great pains to blur gender distinctions. Two twins, Phil and Lil, look exactly alike and do and say everything the same. The only clue we get of their gender difference is that only one wears a bow. The twins are there to convey the appalling notion that there need be no difference at all between boys and girls.

Even the adults are portrayed in depraved fashion. Tommy’s father, Stu, is unemployed and spends all his time in the family’s basement, making “toys” (the show cleverly never reveals what these so-called “toys” really are). Phil and Lil’s dad, Howard, constantly visits Tommy’s house, spending all his time in the basement with Stu, purportedly looking at Stu’s “toys.” (At least, the producers have the decency not to show them in action.) Because the fathers are busy with their “toys,” they never watch the children, who defy their parents’ orders and get into all sorts of trouble – another attack on family values.

Lest any sex fiends feel their quirks are unrepresented, guess again. The show has a lesbian. While Phil is playing with Stu’s “toys,” his wife of convenience, Betty, spends her time with other women. Betty is the stereotypical bull dyke – she speaks loudly, loves sports and wears a bandana around her head in every episode. Even bestiality is portrayed. On the show’s website, Tommy discusses his dog Spike by saying, “He lets me ride him and crawl on him and taste his food.” (Surely we don’t have to tell you what “food” is a euphemism for.) It should come as no surprise that when the producers converted this obscure cable porn into a movie, they set the film in gay-Parie–the world’s most renowned city of sexual depravity, second, perhaps, only to Sin Francisco in terms of pure depravity.

We are fast approaching the point when only the End Times can save our families from Satan’s grasp. Our demon-infested liberal society would gladly ban Joe Camel from the airwaves if he’s seen smoking a cigarette, but promote him as a valuable educational tool if he was enjoying the company of another male camel. With such perverted values so dominant, the answer is for every True Christian® to keep that television set off. Don’t allow your children anywhere near vulgar networks like Nickelodeon, Boom and the Cartoon Channel. Put your children’s noses in the KJV Bible, where they belong. 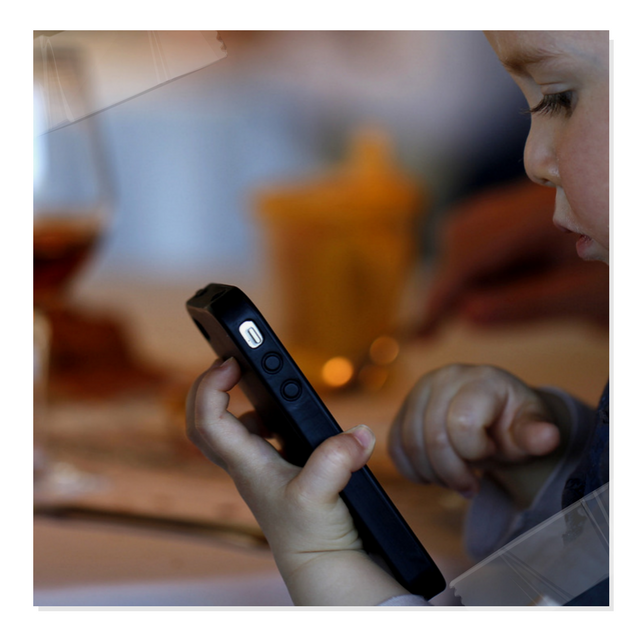 Gen Z watches between two and four hours of YouTube and less than an hour of traditional television per day. They’re also twice more likely to use YouTube than Millennials, and a lot less likely to use Facebook.

How do your kids stack up to this study?  How can we present ways where children can take advantage of technology without being addicted to it?  What are your thoughts?